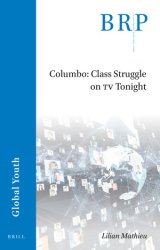 After a 35 year-long career on worldwide TV screens, Lieutenant Columbo has become one of the most famous fictional detectives. Lilian Mathieu shows that the Columbo series owes its success to its implicit but formidable political dimension, as each episode is structured as a class struggle between a rich, famous, cultured or powerful criminal and an apparently humble and blunderer police officer dressed in a crumpled raincoat and driving an antique car. Highlighting the contentious context that gave birth to the series in 1968, he shows that the sociology of culture offers intellectual tools to understand how a TV detective story can be appreciated as a joyful class revenge.