Portrait of the Theatre Director as an Artist 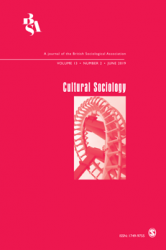 In France, the theatrical field is split between a commercial pole and a public pole. Within the latter, theatre directors occupy a central position. They monopolize public subsidies, run theatre-related institutions and receive most of the symbolic rewards. As a result of their efforts, theatre direction has gained recognition as a work of art, but at the cost of conflicts with actors and playwrights. Furthermore, thanks to government intervention, they have neutralized the need to adjust to private demand. However, their success is still limited by several factors. Theatre directors are subjected to several types of axiological criticism revolving around their excessive integration into the state apparatus. Artification is largely dependent on state intervention, and above all, the immaterial and temporary nature of a theatrical performance contradicts the western conception of the work of art, which is understood as something enduring (as with paintings and books).