The Globalization of Samba Percussion : the Reconfiguration of the Legitimate Ways of Playing 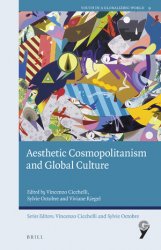 Like many cultural manifestations in a ‘Creole situation’ (Helmlinger 2011 : 248), samba school culture can be analyzed from the perspective of globalization in many ways, from its local emergence to its foreign appropriation. Samba as a musical style is the result of several globalization processes : colonization, slavery, internal migration, and international recognition. As the samba schools became a symbol of Rio de Janeiro (in the 1930s and 1940s) – the city itself playing a fundamental role in the construction of the Brazilian national identity (Enders 2000 : 245) – , they spread to other cities throughout Brazil.

After a short theoretical discussion and presentation of the methodology, we present the different learning processes that are effective in Brazilian samba schools and in European bands, to understand what is at stake in teaching to each kind of public. Finally, we will describe the effects of teaching abroad on the practices of Carioca teachers.